by Chris Carley
in Blogging
2

A Delta Air Lines Airbus A330-300 with the registration N808NW takes off from Amsterdam Airport (AMS) in the Netherlands. (Photo: ©iStock.com/Boarding1Now)

It’s my great privilege to start this post by saying two words:

Readership hit an all-time high in 2022.

It truly means a lot to us when people read our posts, share them with their contacts, and recommend the blog to others.

So, we must be doing something right. And a big part of that is having a great, loyal reader base.

Thank you so much for being part of it.

You might see me at something like an FTU or the Chicago Seminars and tell me you read the blog. When I say thank you, that you helped make my day, or something similar, that’s 100% real.

With that, let’s start the countdown.

10: Delta Should Thank My Daughter and Amex for the $200 Airline Incidental Credits Next Year

After Delta “enhanced” its Sky Club admission policies, it became clear to me where my cumulative $400 in airline incidental statement credits will most likely be spent. Read about it in “I Know Where My American Express $200 Airline Incidental Credit is (Likely) Going Next Year.”

That’s all detailed in Headaches Coming for Some Delta Customers in Michigan. 8: Does Delta Upgrade Standbys to Delta One on International Flights?

Wow. This post’s Comments section turned into a bloodbath. And yours truly was the biggest blood donor of them all. (I’m generous like that.)

And, frankly, I probably deserved some of it.

The reader wasn’t upset, angry, or mean. He simply wondered if Delta changed its upgrade policy.

I told him that non-revenue passengers were likely the folks who were upgraded to Delta One.

I’ve learned that if one person has a question about something that may seem benign, there are likely many others who wonder about the same thing. That’s how some posts come to be. There are people who are just afraid to ask questions. (So please feel free to drop me a line at chris at eyeoftheflyer dot com!)

So, I wrote a post based on the reader’s question.

I mentioned that a friend and I once light-heartedly “offered” to occupy a couple of empty Delta One seats on a London to Portland flight.

Some folks who were apparently born without a funny bone lost their minds. 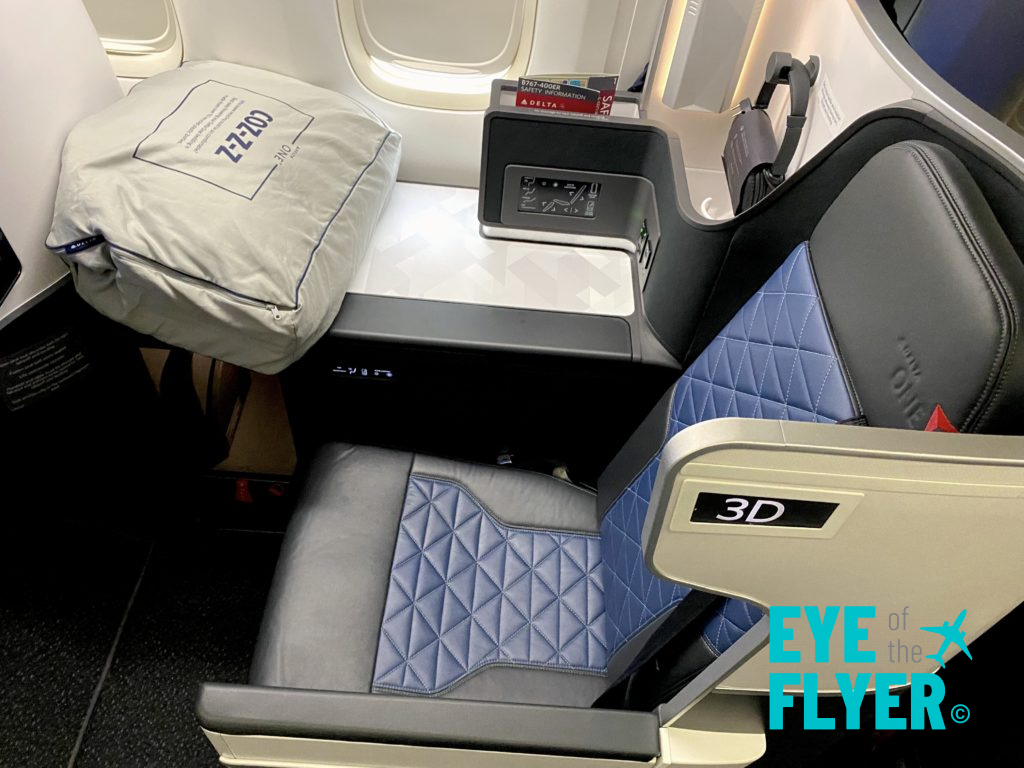 In the next paragraph, I flippantly asked, “Who’s more deserving of Delta One upgrades: paying passengers or non-revs? That’s certainly an interesting conversation to have another time.”

That wasn’t exactly my most shining literary moment. I’m sorry. A couple of my airline sources contacted me and explained the company’s travel benefit privileges.

They were much gentler and more forgiving than the folks who were “disappointed in me,” called me “pompous” and suggested I “publish something more helpful.”

Get your popcorn and check out “Reader Question: How Did Standbys Get Delta One Upgrades on My International Flight?”

EotF reader “I Love Dan” said something I think many of us have noticed:

“Without fail, on EVERY-SINGLE-TRIP there are multiple people (in) the Precheck line who have no clue what precheck is. They’re asking about laptops, taking off their shoes, unpacking their liquids, etc.”

Indeed, someone I know who’s been a TSA Pre√ member for seven years called me during a trip and said, “I took out my laptop in the PreCheck line and the TSA guy told me to put it back in my bag. When did that start?!”

I Love Dan suggested that people be required to pass a quiz about how TSA Pre√ works.

Some readers liked the idea. Others presented interesting alternatives. And, of course, a few others were upset.

What do you think? Head to “Should TSA PreCheck Members Be Required to Take a Test About the Program’s Benefits?”

But you know you don’t have to, right?

That’s the lesson someone learned when they inspired our sixth most-read post of 2022: Delta Platinum and Diamonds: You Don’t Have to Buy Comfort+! 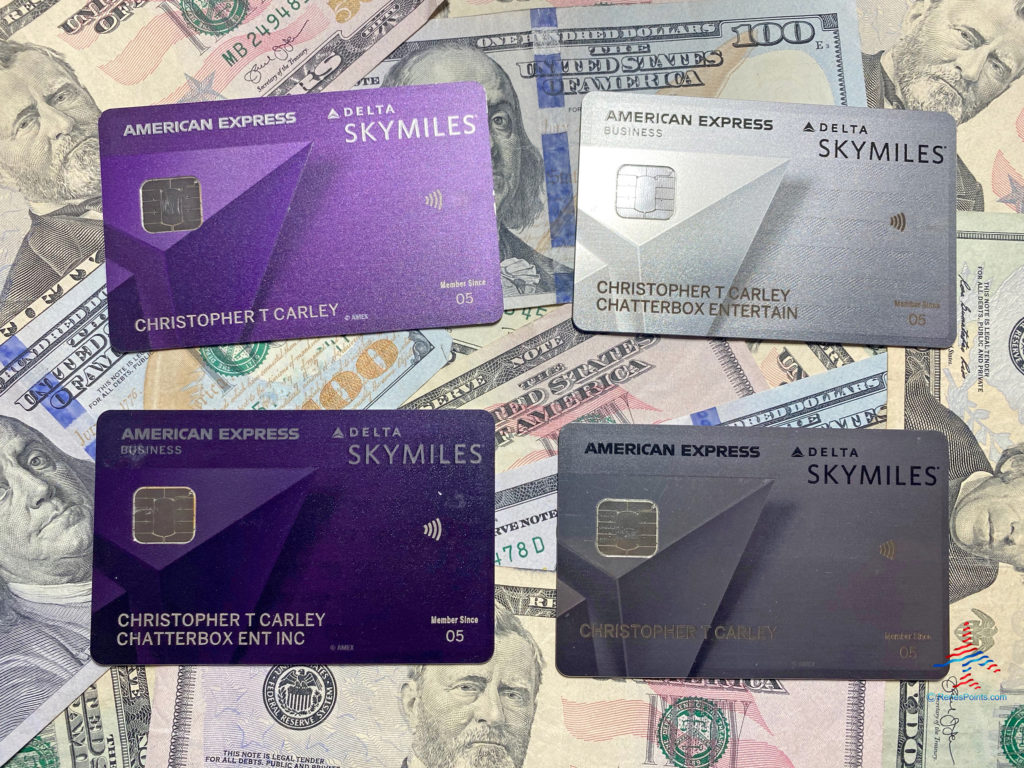 We’ll group these posts into the same subheading because they’re directly related — and next to each other in the Top 10 list.

But based on recent comments, some folks are still having problems. (Get in touch with Delta and Amex ASAP if that applies to you.)

Before airline mask mandates were lifted, Fox News’ The Five discussed which airlines enforced mask rules more than others.

But Greg Guttfeld did not have kind words about a Delta flight attendant. Check it out in “TV Personality Claims a Delta Flight Attendant Acted Like ‘a Complete Prison Guard’ Toward Him.”

René wrote about Delta paying flight attendants during the boarding process — which is not the norm at most airlines.

Frankly, we applaud Delta for making that move. (And congratulate the flight attendants!)

Some people are triggered when we discuss upgrades and pre-departure beverages. They seem to think this blog about curing cancer and ending poverty.

When René discussed how complimentary Medallion upgrades could be affected by the changes, those folks swung at us for pondering such matters.

But that’s standard operating procedure around here (and on most travel-points-miles-lifestyle blogs).

However, things got interesting when people who seem to be flight attendants or other airline employees starting debating pay in the Comments section.

Get a popcorn refill and read “Possible Unintended Consequences of Delta Flight Attendants Getting Paid During Boarding Time.”

This year’s top post is the also the blog’s most-read ever! It went viral and we were off the races.

Delta Connection flight 3550 from Grand Rapids to Minneapolis was apparently very full — and Delta needed to entice some passengers to stay behind.

You probably already know — but Delta Passengers Were Offered $10,000 EACH to Take a Later Flight?

Thanks for making 2022 the blog’s most successful year ever. Sorry if this post is too heavy on the thank-yous but I really can’t overstate it.

Some post ideas come from people who ask questions they flat out say they feel are stupid, basic, or a waste of time. But they don’t know the answers and want help.

You’d be amazed how many people have the same questions. René and I sometimes don’t know the answers. See? It’s educational for everyone!

The next several months will be extra busy for me (I may announce something fun in a week or so). My clients blessed me with a bunch of work. If I don’t respond right away to your email, please don’t take it personally or think you asked me something incredibly dumb. Emails occasionally end up in the spam folder, too.