by Chris Carley
in Airlines
9

Wild Turkey bourbon is served during a Southwest Airlines flight to Las Vegas.

Can you guess what’s in the above featured image?

It’s Wild Turkey 101 on the rocks, which I was served during cabin service while taking a Southwest Airlines flight from LAX to Las Vegas. Takeoff to touchdown, the flight usually lasts about 45 minutes.

Now, can you tell me what’s in this picture? It’s Woodford Reserve. I enjoyed this during beverage service in coach on another LAX to Vegas hop. I was on an American Airlines A321.

Finally, what does this picture show? Yes. It’s beverage service on a Delta flight from LAX to Sin City.

Nope. There sure isn’t.

Well, Delta doesn’t provide cabin service in Main Cabin or Comfort+ on flights under 250 miles. Vegas measures in at 236 miles. Another frequent route of mine, MSP to Fargo, is 223 miles.

I’m frequently upgraded to First Class on these routes and then have the option for beverages and snacks.

But it’s the principle of the matter that bugs me. It seems petty and lazy that Delta doesn’t offer Main Cabin service on short flights.

How Other Airlines Get Service Done During Short Flights

My 150-ish flights between Los Angeles (or Burbank) and Las Vegas have been on either Delta, Southwest, or American. I’ve also flown Air France between London and Paris (about the same distance) so we’ll use those four airlines as examples.

Watching Southwest’s cabin crew take and fulfill drink orders during a short flight is entertaining in and of itself.

“Sorry to tell you we’re out of our two most popular drink requests: ‘What Do You Have?’ and ‘I Don’t Know,’” I’ve heard Southwest FAs say before instructing people to look at the beverage menu.

Pad and pens in hand, they usually walk the aisles as soon as the safety demonstration is finished. Just before the plane taxis into position for takeoff, they finally sit down.

The jet is barely off the ground before FAs dash into galleys.

They crack open sodas, beers, and mini bottles of liquor at a record pace. They pour drinks and bring trays of beverages into the cabin, quickly handing them out with a smile.

The FAs repeat this drill maybe once or twice.

It’s not uncommon for passengers to receive drinks when the flight is well into its descent. And, yes, sometimes a couple of rows don’t get served.

“Folks, it’s time to stop enjoying your beverages — and start drinking them,” is a common announcement FAs make about 10 minutes before landing.

I should also mention they find time to hand out peanuts and pretzels during all this madness.

They don’t take payment until people have received their drinks. FWIW, I almost always pay with The Platinum Card® from American Express. Why? I earn 5X American Express® Membership Rewards® Points for flights booked directly with airlines or with American Express Travel (up to $500,000 on these purchases per calendar year.) Onboard purchases such as premium drinks and snacks in coach have always coded as airline purchases and earned 5X for me. 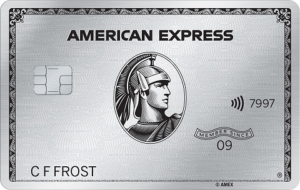 Every so often, FAs don’t have time to collect money from everyone. Dontcha hate it when that happens? 😉

Garbage bags in hand, they come through the aisle, take empty cups and other trash, and finish everything up just before the plane is on final approach.

It’s really a thing of beauty.

Watching AA (perhaps I shouldn’t use those initials in this particular post…) cater an entire A321 is almost equally as impressive. A full cadre of flight attendants fill the aisles with beverage carts and proceed with standard beverage service.

Except they do so very quickly.

Sad to say, they’re much stricter about collecting payment. 🙁 (But, hey, 5X points!)

During a 45-ish minute flight between London and Paris, you probably won’t receive peanuts or pretzels. Or maybe a sandwich.

And whatever you want to drink. (I highly recommend their coffee with the Madeleines, FTW!)

“Due the short duration of our time together, service will not be offered in the Main Cabin during today’s flight,” a Delta flight attendant will say. “But flight attendants will pass through the aisle for any special requests you may have. Or feel free to ring your call button.”

This is when people who don’t usually fly Delta click their tongues in disappointment. Or turn to the person next to them and say, “What? But Southwest does it!”

Those three words should inspire Delta to break out the bottles and snacks.

(Quick aside: I once overheard a passenger say to their companion, “I just spent a week with your family! I deserve a [expletive] glass of wine and some peanuts!” Yikes.)

Yes, flight attendants pass through the aisle — though I’ve seen a couple of them channel their inner Usain Bolt and do so quickly.

My wife and I once rang the call button during an LAX to Vegas hop. The flight attendant reluctantly left her conversation with another flight attendant upfront and approached. We ordered two Woodfords.

We were on a 717. I’ve had meals (albeit in first class) on 717s. I know darn well they’re configured for catering. It’s how the First Class passengers were enjoying their drinks and snacks. (But she returned with water, so that was nice.)

Delta usually staffs a full complement of flight attendants on short flights. Most of them seem to be upfront serving First Class. Sure, the attention is nice — but First Class doesn’t need three flight attendants. One usually does the job very well.

I don’t think all flight attendants are completely on board (no pun intended) with the no-service-on-short-flights policy. I’ve heard several times during arrival PAs (announcements made when FAs welcome us to a city, give the local time, tell us to stay put until the seat belt sign is off, etc) words to the effect of, “We look forward to seeing you on another Delta flight and giving you the excellent service you expect.”

Free adult beverages are one of C+’s big selling points. (Afterall, C+ seats are the same as Main Cabin — just with a touch more legroom) I feel sorry for people who buy C+ fares and expect drinks — only to get, “Yeah, we don’t do that on these flights.”

While I still feel Delta is the best airline for West Coast travelers, the mothership needs to step up their game with this issue. Regarding flights between the Los Angeles area and Vegas, Delta probably doesn’t want their flights to turn into a potential party zone. I get it. But if they want more loyal Los Angeles passengers, it’s time to start pouring.

A Glass Half Full

We’re lucky on this blog to discuss so many #FirstWorldProblems. And this is one of them, without a doubt.

I generally carry water with me and don’t need all the salty snacks. (That doesn’t stop me from indulging now and then 😉 ) I can survive without with a cocktail for an hour or few hundred. (But why risk it? 🙂 )

My point is that Delta strives to provide a world-class experience. And airlines with similar or smaller budgets serve beverages and snacks on short flights, Delta should, too.

Crack Open a Comment and Rip Open a Bag of Opinions!

What do you think? Should Delta offer service on short flights? Please share your thoughts below!

To see rates and fees for The Platinum Card® from American Express, please visit this link. Terms apply.